Kids in Ministry International (or KIMI) is a multi-faceted ministry touching the lives of not just children, but teens, parents, children’s pastors, children’s ministry helpers, head pastors, and church leaders.

It is a genuine multi-generational apostolic, prophetic, end-times ministry. Since 2001, we have accomplished our goals  through camps, conferences, church seminars, mission trips, television, internet, and a wide range of media resources.

The Need to Train Parents and Leaders

At it ‘s core, the vision of KIMI, and founder Becky Fischer, was to equip boys and girls to become passionate followers of Jesus through grounding them in the deep truths of God’s word, and through equipping them to do the

supernatural works of Jesus. But it soon became apparent if this was to happen on a wide scale, then the status quo mentality about the spiritual capabilities of children had to be confronted in parents, grandparents, and church leaders. It was apparent the adults needed training too. Thus, our vision for training and equipping the saints was extended to all generations.

Our vision was to completely redefine children’s ministry around the world in the 21st century, in the church and in the home. We wanted to see children equipped to take their rightful places as spiritual soldiers in the army of God, able to hear God’s voice, be led by His spirit, be filled with the Holy Spirit, able to speak in tongues, heal the sick, operate in the gifts of the Spirit, be effective prayer warriors and intercessors, passionate worshipers, bold in evangelism, and able to do signs, wonders and miracles including casting out devils and raising the dead. In the first ten years of our ministry, we gathered testimonies of children doing all of these things, and have documented them in our books, and recordings.

Today, KIMI has key leaders in 18 different nations. KIMI curriculums and books have been translated in at least fifteen different languages. Over 23,000 children are being ministered to on a weekly basis through over 500 children’s ministries called PowerClubs.

This is a Movement!

This is not so much a ministry as it is a “movement” in the body of Christ. When we began in 2001, there were very few churches equipping their children in this way, and few parents open to this for their children. Fast forward ten years, and it is now very common to find churches with this new vision for their children, and finding parents who are actively discipling their children to be kingdom agents. We are intensely optimistic and excited to see what the future holds, and we truly believe it is possible to redefine children’s ministry in the 21st century. 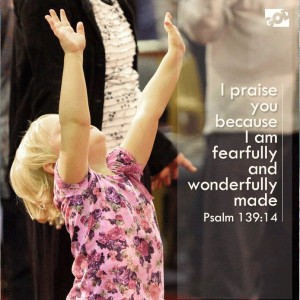